When barbecue was barbecue...

Many of you know that southern barbecue is a passion of mine. The iconic Southern barbecue joint that is the temple where this favorite dish is served is disappearing before our very eyes. Given place to the chain pre-fab barbecue merchants that sit like soulless halls of shame that taunt us with people in pig suits, neo-blues music and faux smoke from electric smokers... 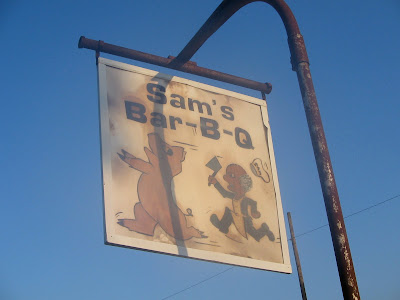 One of the last few 'real' barbecue joints in West Tennessee is 'Sam's BBQ' in Humboldt Tennessee.  Sam's was originally started by local barbecue veteran Sam Donald. Sam and his brother in law began cooking barbecue back in the nineteen forties. Today Sam's daughter Seressa and her husband Jon run the pit and serve up some of West Tennessee's best old school barbecue. 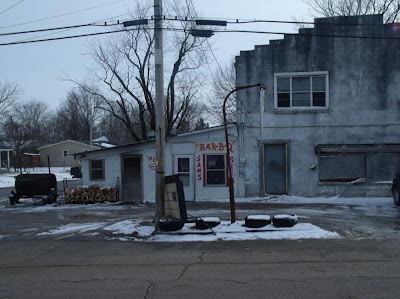 Jon still cooks barbecue the way his father in law did back in the forties. Jon slow smokes his meat over hickory wood . The process can take anywhere from 14 to 18 hours. The patience and discipline that it takes to cook using real southern techniques creates flavors that cannot be reproduced by liquid smoke or electric smokers. 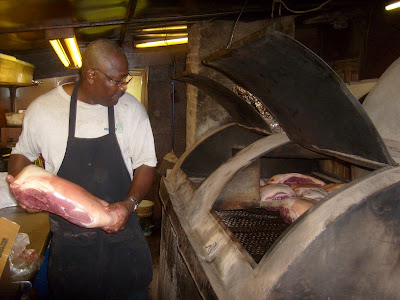 Sam's serves pork and beef. Brisket is a unique addition to the southern barbecue scene, typically reserved for Texas and Oklahoma bbq joints. But Sam's serves up smoky beef brisket sandwiches drizzled in the house sweet smoky barbecue sauce. Another customer favorite is Jon's barbecue bologna. John takes a thick slice of beef bologna seasons it with his secret dry rub and slow smokes over wood.  John then cuts a generous slice of the meat and tops it with a helping of his homemade tangy vinegar coleslaw for an unbelievable taste.
Sundays at Sam's BBQ are a special treat. Sam's features a plate lunch with selections like homemade turkey and dressing, fried chicken, sweet potatoes and assorted side items. It's like eating at your favorite grandmother's house! 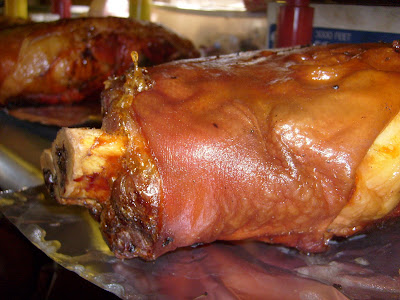 When dining at Sam’s, be sure to save room for dessert! The Ivory family has also become famous for their delectable sweets  like their many delicious homemade pies. Many of Sam’s customers have fallen in love with their signature ‘buttermilk pie’, a cool, sweet refreshing treat. 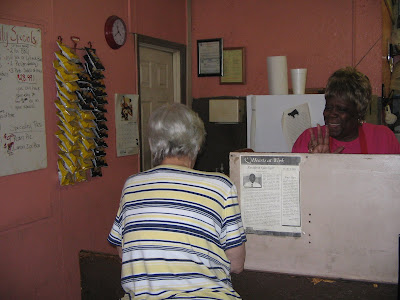 If your looking for the remnants of the great southern barbecue joint culture, look no further than Sam's BBQ in Humboldt Tennessee!