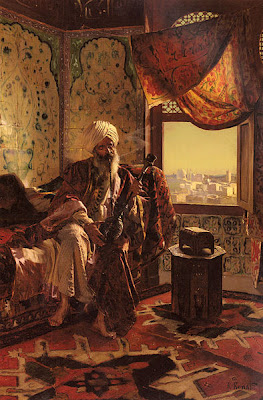 The soft white clouds of smoke smelled of a scent of rose and jasmine rise from an Arabic pipe. The smell of cardamom spices and roasted Turkish coffee arouses the senses. A man places a large plate of well seasoned lamb, stuffed fig leaves and slightly toasted pita bread on the table. It might seem like a scene from Arabian Nights but it all take places in West Tennessee. I am at the Palace Café in Jackson Tennessee. 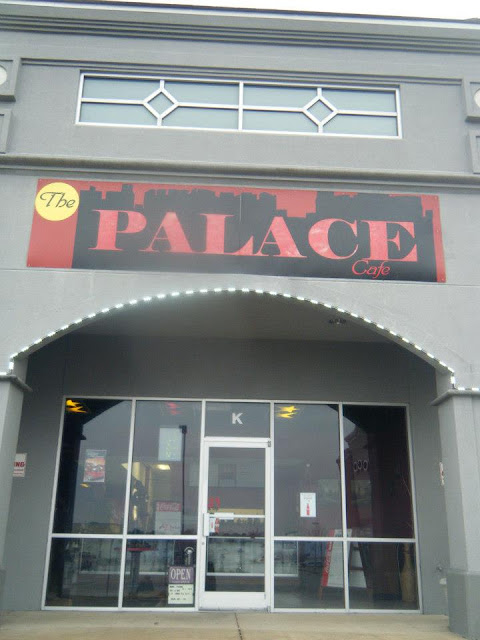 Alex and his family began serving authentic Middle Eastern cuisine at the market as well as offered customers the unique experience of trying coffees, teas and various spices. Many West Tennesseans visit the market for Alex’s selection of hard to find import items. One of the most popular items that he sells is the Arabic waterpipe known as the ‘Hookah’.

The hookah is a waterpipe that is quite popular throughout many world cultures and is used to vaporize smoking tobacco known as ‘shisha’. Shisha tobacco known as ‘Mu’assel’ is a combination of tobacco, molasses and in many cases dried fruits. Popular flavors include apple, lemon, grape and mint. The tobacco is vaporized and passed through water before it is inhaled. The name ‘hookah’ comes from the Arabic word for ‘jar’ and is a part of the rich culture and tradition of the Middle East. 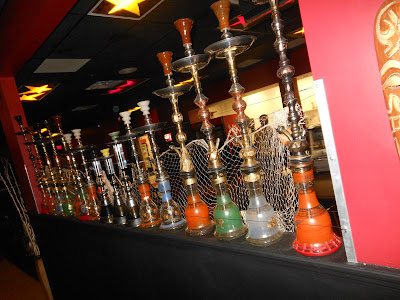 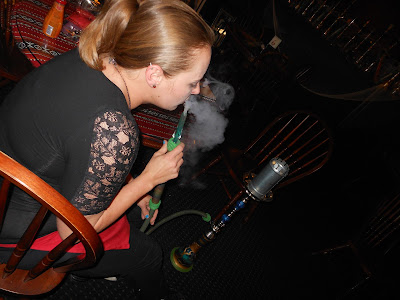 The popularity of the hookah convinced the Hanson family to open up the Palace Café. Diners at the Palace can enjoy a traditional hookah filled with exotic flavored tobaccos such as cappuccino, honey melon and mint. Diners can sit on exotic imported couches and pillows from Saudi Arabia while sipping authentic Arabic hot tea mixed with fresh mint. The Palace will even host private hookah parties for birthdays, get togethers and business meetings. 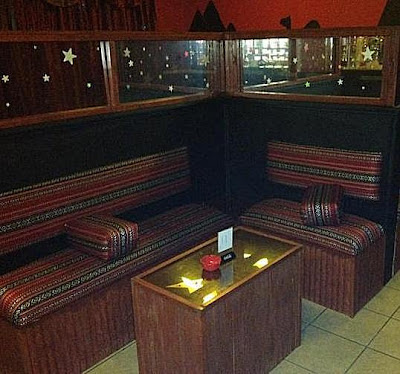 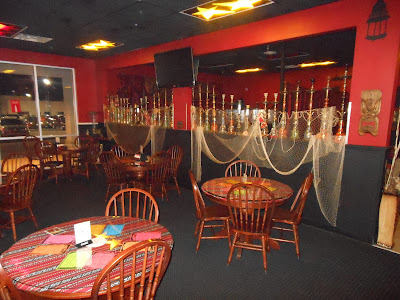 Let’s talk about the food. The food at the Palace Café is amazing. Traditional Middle Eastern dishes like lamb gyros and shwarma can be found. Shwarma is an Arabic meat that is prepared on a spit and grilled for several hours. Meat is shaved from the spit and placed in warm pita bread with onions, tomatoes and Greek yogurt.

Fresh tilapia and shish kabobs are on the menu as well as traditional fresh Greek salads and tabbouleh, a salad made from bulgur wheat, mint, cucumbers, onion and garlic. Baba ghanoush which is a Arabic dish made from eggplant, lemon juice, olive oil and spices is a fantastic dish eaten with pit bread.  Assorted Middle Eastern favorites also available include stuffed grape leaves, falafel and hummus. 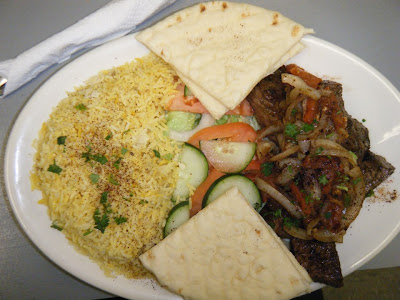 For those with a sweet tooth, the Palace offers a fascinating array of desserts starting with homemade baklava coated in honey. Namoura is a Lebanese dessert cake made from coconut, rose water, sweet butter, flour and almonds. Mamoul is a shortbread cookie that is found throughout Syria and Lebanon. Mamoul cookies are made with sweet orange flower water, flour, sugar, butter and filled with honey dates.  All of these desserts can be enjoyed with Turkish coffee, one of my favorite coffees in the world. 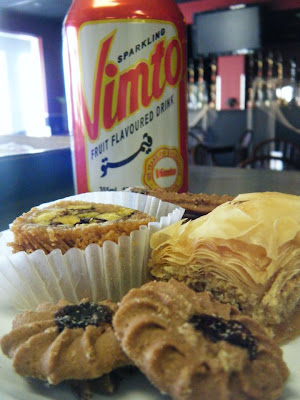 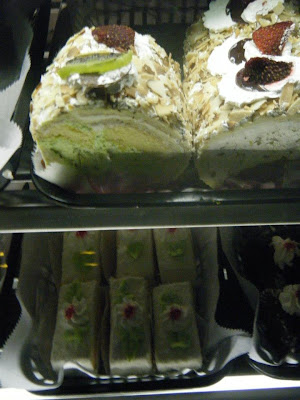 For those just wanting a snack, the Palace offers Egyptian and Pumpkin seeds alongside fresh fruit juices including guava and fresh mango. 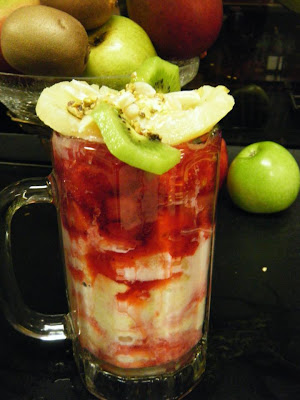 The Palace also offers a full service oxygen bar, pool tables and live belly dancers every first Saturday of the month. The Palace is BYOB and is open 10:00 a.m. to midnight weekdays and noon to 5:00 a.m on Saturdays. The Palace Café is located next to Hollywood Cinema in Jackson at 603b Vann Drive , Jackson Tennessee. For more information find them on Facebook at The Palace Café.

Print this blog page and carry it in for a 10% discount on Jackson’s only Middle Eastern cuisine.