After a long departure from the blog, I am glad to announce that we are back in the saddle. So put on your bibs, loosen your belts and let's talk food! 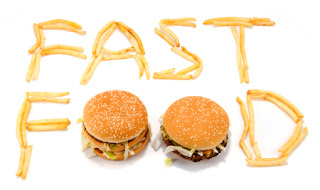 Recently I drove through the drive thru of a local fast food spot (I won't identify it but it there was a creepy clown peering through a window at me and I wasn't at the John Wayne Gacy Cafe). The establishment featured advertisements for new 'real angus beef' burgers that were priced higher than their regular faire. (Because you must pay more for the real cows). This seems to be a growing trend. More and more fast food places are advertising 'We have real ingredients' as opposed to the 'mystery' ingredients that many of these places carry. Burger joints are advertising 'real beef' while Taco joints advertise 'real shredded chicken' as opposed to 'chicken-like' mystery bits. 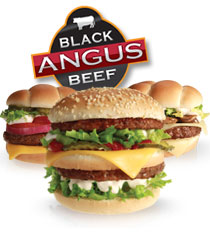 I have friends that read this blog that are somewhat 'monogastric' in their food choices. If it's not meat and potatoes or doesn't come dropped in a hot fryer and ladled in cheese with ranch dressing on the side it's not consider edible. So when they see that I've been eating street food from Chinatown or menudo from a back alley taqueria somewhere, they typically will turn their nose up and say " Saw you eatin some of that weird stuff on your webpage". However many of the same folks think nothing of loadin up the kids into the vehicle and pumpin full of mystery meat and deep fried heart stoppers. Unseasoned fatty beef served beside a potato filled with fake chives and bacon bits is truly acceptable but put that same beef on a stick and marinade it in chiles and seasonings and let a person of a different ethnicity serve it up and there's trouble....but I digress... 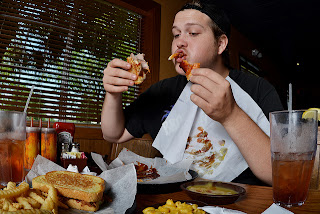 So I'm reading from Anthony Bourdain's 'The Nasty Bits' and Father Tony has some words of wisdom to say about just this very thing: 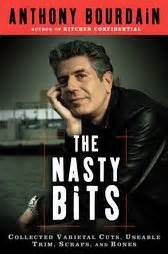 " But is fast food inherently evil? Is the convenient nature of the beast bad, in and of itself? Decidedly no. Fast food which traditionally solves very real problems of working families, families with kids, business people and the casually hungry can be good food. If you walk down the streets of Saigon or visit an open air market in Mexico, you'll see that a quick easy meal does not have to be part of that hideous generic sprawl of soul destroying sameness that stretches from strip malls across the USA, looking the same, tasting the same. The paper wrapped morsels of grey 'beef' patties with all-purpose sauce. The unbelievably high caloric horrors of beef flavored sprayed chicken nuggets or milkshakes that contain milk and have never been shaken or barbecue that has never seen a grill, cheese with no cheese , and theme monstrosities for whom food is only a lure to buy a t-shirt is not the way it has to be. There is delicious and even nutritious fast food to be had in the world, often faster and cheaper than the clown and the colonel and the king and their ilk produce."

Bourdain goes on to point out the great street food found in Mexico, Japan and Vietnam, just to name a few. He also goes on to offer solutions to us:

" Next time you find yourself standing slack jawed and hungry in front of a fast food counter and a clown in anywhere nearby, just head for the lone-wolf, independent operator down the street, a pie shop, a kebab joint or anywhere that the proprietor has a name. When possible, try to eat food that comes from somewhere and somebody.!"


There was a week where I ate nothing but various ethnic dishes for lunch and supper every day. One day it was Indian, the next day it was Thai. The next day it was Mexican and the next it was Caribbean inspired food. All foods that could potentially cause the 'perfect storm' amidst my stomach if ya know what I mean...

All was fine with no issues until Friday came and I decided to grab something quick for supper and went through a Taco Bell . Just two small items of mystery meat from the Bell and I was running for the border. I mean after eating dishes that contained spices from India, peppers from Mexico and seasoning from the islands, what ripped up my insides was a '$1.29' taco from a national chain. I thought to myself " I thought this was 'safe' food. I thought this is what thousands of moms and dads picked up on the way to soccer practice just in time to get little Johnny off  to the field so his parents could live vicariously through him...." (Wait...that's another blog) Anyway, it was this Americanized, commercialized , generic food that left me in El Bano....

As I depart from the soapbox, remember that things will never change until we begin to seek more. Many of us have tasted real food, and it is GOOD!


The next time your family is looking to go out for a meal, try to find a locally owned establishment. Boycott fake Mcfood by eating real food while putting money into the local economy. Open your culinary mind and step out of your comfort zone.

And as we have said many times in this blog, EAT LOCAL!