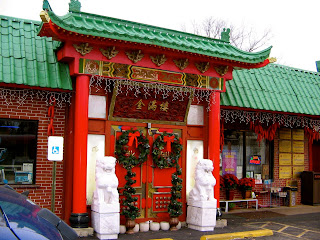 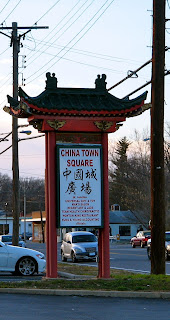 Over the holidays I had an opportunity to visit some friends in St. Louis. St. Louis is a virtual foodie town as it boasts thousands of restaurants, cafes and markets. A virtual cornucopia of cuisines can be had from Mid Western comfort food to authentic Italian dishes. An while St. Louis has some local favorite dishes including barbecue pork steak and gooey butter cake, it also is home to one of the Mid-West's best kept secrets: Chinatown. Yep, you heard me right…San Francisco and D.C. are not the only metropolitan cities with an amazing Asian community of markets, bakeries and restaurants serving everything from Peking Duck to Shark's Fin Soup. 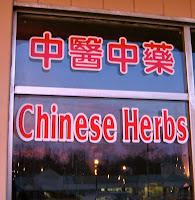 The original Chinatown in St. Louis started out in the region where Busch stadium is now located. Chinese immigrants made this area home from 1869 to 1966 . The community now calls Olive Boulevard in University City home. The area maintains several Chinese business including a Chamber of Commerce.

As far as food goes,one of the best ethnic supermarkets in the city can be found in Chinatown.  'Seafood City Supermarket' is one of the largest international markets in the Mid-West. The building is thousands of feet of food, seasonings and tools used in various ethnic cultures. Rows of seasonings from China, Korea, India, Jamaica, Japan and many other regions can found throughout the store. Fresh seafood is brought in daily including fish, shrimp, clams, crabs and eels. Kitchen tools such as woks, knives, rice cookers and steamers also decorate the shelves. 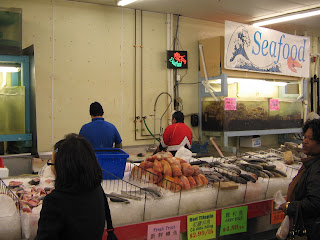 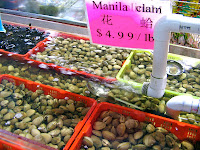 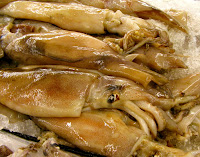 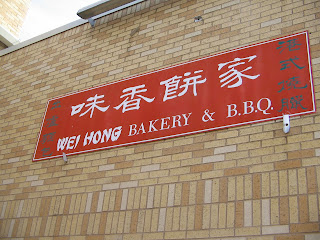 One of our first stops was at the 'Wei Hong Bakery and BBQ'. This small brick building houses some truly amazing little bites of heaven.  We feasted on fresh, hot  pork buns while watching the baker prepare fresh Hong Kong style rice dumplings. 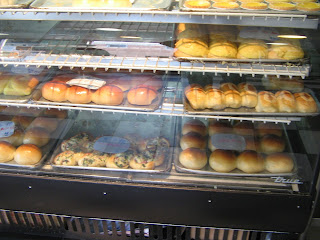 We also made a stop at J&W Bakery which was serving a number of fresh baked breads and dumplings. They even prepared a delicious pork bun served in a crispy lattice work breading as opposed to the traditional soft bread bun. 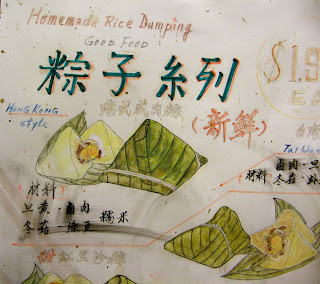 There were a number of little cafes and markets offering Oriental delicacies like Hong Kong dumplings filled with rice and pork. 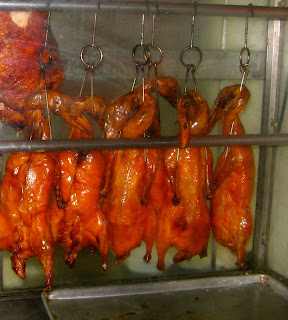 Roasted pork and duck seasoned with Chinese five spice hung in the windows of markets. 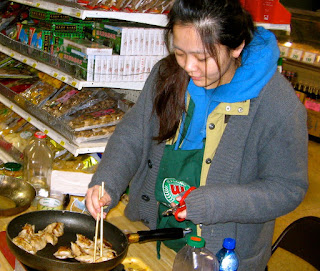 One author has noted that the St. Louis Chinatown is more like 'Asiantown'. We found this to be true as we spotted Korean, Japanese and Vietnamese restaurants in the area.
And while I did enjoy a little bit of Chinese garlic beef at a 'touristy' Chinese restaurant, our true gem came in the form of Pho we found at Pho Long. Pho Long boasts a number of wonderful Vietnamese dishes. 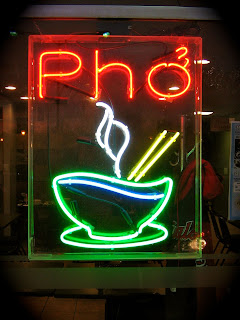 I discovered that because the Missouri Department of Transportation has jurisdiction over part of Olive Blvd. that no decorative arches or gateways could be placed over the roadway. As a result, there is no officially 'designated' Chinatown in St. Louis. But like most cultural treasures, being designated 'officially' makes little difference in the hearts and minds of those who celebrate the Asian culture in this community. They will continue to celebrate their community through the wonderful foods and cooking techniques of their homeland.
Posted by Tony at 4:32 PM