Rollin Thai in the Dirty South...

The appearance of food trucks throughout the Bible Belt is certainly a welcome sight to southern foodies. For too long this ingenious idea to bring affordable food that was typically only accessible in sometimes 'high end' restaurants was paraded in front of us on food channels and out of state websites. The food truck craze has caught on in the south and has brought some very tasty dishes to the streets of rednecks, metropolitan folk and plain ole country people.

On a recent trip to Nashville we stumbled an amazing restaurant on wheels known as 'Deg Thai'. Deg Thai is a Thai-fusion food truck that rolls through the Music City pumping good smells and amazing Thai cuisine. The truck was named Best of Nashville's '2012 Best Food Truck' in a reader's survey. 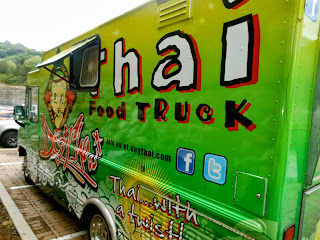 The color truck features a number of Thai favorites like 'Classic Pad Thai' which features rice noodles, green onions, tamarind, bean sprouts chilies and chicken or tofu.  They also feature traditional red curry made with red chilli pepper, galangal, lemongrass and shallots in coconut milk. A fragrant green curry is also served which features green chili pepper, ginger, lemongrass, galangal and kaffir lime leaves in coconut milk. The curry is cooled down with a side of fresh steamed jasmine rice. 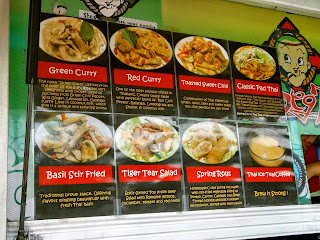 The classic 'Masaman curry' is served in a very unique way. Grilled chicken is cooked in a spicy coconut gravy with romaine lettuce, onions and cucumbers on flat bread to make the very popular 'Masaman Wrap'. The wrap is so delicious that it was named the 'Best Sandwich' at the 2012 Nashville Street Awards.

Other dishes include a spicy salad known as the 'Tiger Tear Salad' which combines thinly sliced steak, romaine lettuce, tomatoes, red onion and cucumbers. The combination results in a spicy and fresh tasting salad. 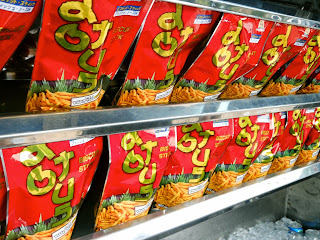 One of the star player at Deg Thai are the homemade Thai spring rolls. For a few bucks you get a big tray of golden, flaky tasty treats. All served with a light sweet sauce for dipping. 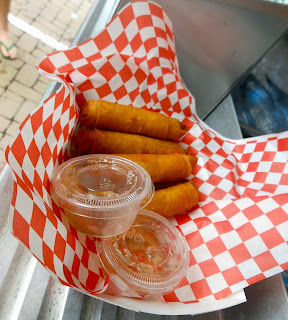 Last but not least, patrons can indulge themselves in a cool, rich Thai tea or a dark, caffeine potent Thai coffee. 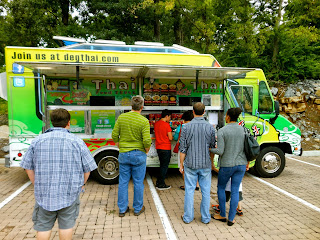 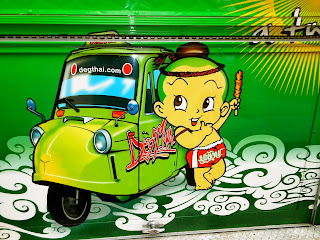