I have a strange collecting habit. I collect menus. Not just any menu, but Chinese take out menus. I began collecting them about 10 years ago when I was visiting a friend in New York. He lived on the edge of Chinatown and every night I would walk into town and eat Chinese. The take out menus in Chinatown were like postcards. Each one decorated with Asian art, religious figures and pictures of Chinese dishes. From that point on, I began collecting take out menus every time I would visit a Chinese restaurant. I now have menus from all over the U.S. Some are quite colorful while some are real insights into local cuisine. The coolest ones to me are from Chinatowns in New York, Washington D.C. and San Francisco. 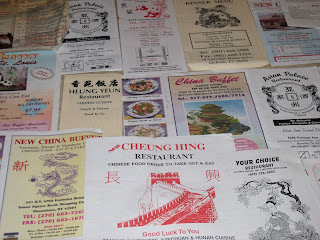 In 2005, the Chinese Museum of the Americas in New York hosted an exhibit of Chinese take out menus from the collection of Harley Spiller, an art collector with over 10,000 menus from around the world. Many of Spiller's menus showed how early menus in the U.S. played on the stereotypes of Chinese that many Americans held at the time. Attempts to 'Chinese' wordage are rampant such as 'Try our Fried Lice' and 'Rerry good Food!" 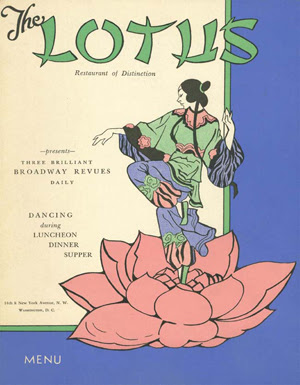 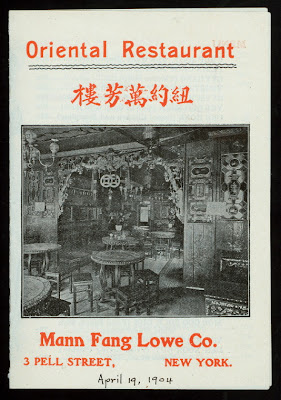 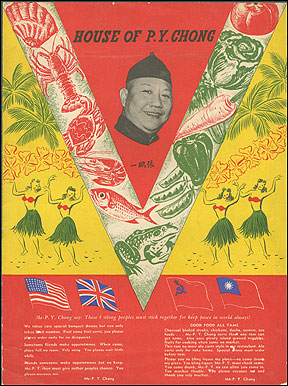 Next time you get Chinese take out, hold on to your menu. It may be a piece of culinary history one day!